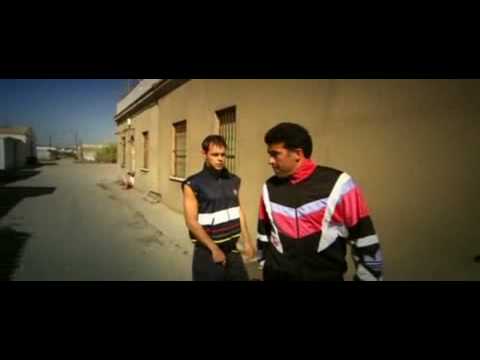 Actually the 13 year old in question was me – in 1974!
I guess I had an entrepreneurial streak even then. In 1974, Britain was in recession. The miners’ strike had resulted in a national fuel crisis and on many evenings the electricity was shut down at about 7pm. I did my homework by candlelight.
It was also the year I had my first business – and my office was the school school’s system was that every Monday morning, we would all queue up in the assembly hall and buy five pale green plastic tokens. Each token cost 12p, and so every pupil would buy 5 tokens to last the week for a total cost of 60p. We’d then exchange one of these each day in the canteen to pay for our school dinner.
The idea was that this meant the kids didn’t have to carry cash on them whilst at school and would be ‘committed’ to eating a school dinner each day. It also meant the canteen could operate without handling any cash directly.
By Thursday or Friday however, there would always be a surplus of these plastic tokens in possession of the kids. This was because not everyone would have their lunch every day. Some would have been absent for a day or two, others chose to buy sweets or chips in the nearby town instead. So at the end of each week, I could buy dozens of these plastic tokens for about 3p each.
Come the following Monday morning, my school mates could either buy 5 tokens from me for 50p, or buy the same thing from the school for 60p. Inevitably, my supply could never meet the demand. As a result I was always by far the wealthiest kid in my class.
Looking back, there were a number of interesting aspects to this. Some I can explain, others not. The first inexplicable fact is that no-one ever copied my idea, even though all the other kids knew exactly what I was doing. They were just happy when they got to me quickly enough to buy from me on a Monday morning and could immediately pocket the 10p they were saving. I guess the lesson from this is that the majority of people don’t think long term (even if by long term we mean 3 or 4 days). They just want a quick and easy deal today.
Secondly, this was a business with no investment required, no overheads and huge profit margins, which just couldn’t meet the demand. Not that I worried about this, I was doing just great thank you. The lesson here is that a good business always creates happy sellers and happy buyers, and this was exactly what I was doing.
Thirdly, in hindsight I guess there was a risk for me. If the school had ever discovered what I was doing, I would probably have been expelled, rather than praised for my business acumen. So I took measures to ensure that the school could never pin anything on me. My ‘stock’ was hidden in a variety of secret locations. I was never caught and the risk never materialised. This lesson is that although we can never eliminate risk completely, we can take effective steps to minimise it.
You might argue that I was robbing the school and even devaluing their ‘currency’, and it’s true that today this moral aspect would prevent me from adopting a similar business model. But then I was only 13 and learning the ropes! It would be quite a few years yet before I was being invited to speak at business schools.
The last and perhaps biggest lesson is the great feeling I had from helping my friends save money. My business made me a lot more friends than I’d have had otherwise. And that’s the most important thing. A good business is about satisfying your customers needs in a way that they love. If you can do that, you’ll always keep them coming back for more.

7 Ways Women Can Use Their Passions to Start a Business

May 5, 2022 Business Owner Comments Off on 7 Ways Women Can Use Their Passions to Start a Business

Starting a business as a woman can be challenging yet rewarding. Many women really struggle to decide how to get started making money with their own profitable business. By finding and embracing their passions women […] […]

July 16, 2022 Google My Business Comments Off on Five Ways to Get Business Start-Up Funding

Getting start-up capital can be a challenging process as your business prepares to take its first small steps. No matter how great of a business idea you have in order to turn that idea into […]

May 12, 2022 Financial News Comments Off on Internet Business Idea Consultants

Those that can, do. Those that can’t, teach.Words to think about, as you pursue your desire for a money-making business on the internet. The gurus of today are the teachers of tomorrow. They go from […]